With an efficacy of 135 Llm/cW, and lumen output variants ranging from 11,000lm up to 32,000lm, Callisto benefits from IK10 rating so can be used in semi-industrial applications as well as recreational and sports facilities, offering both wide and narrow optical light distribution.

Ceres was also a principal luminaire alongside the Callisto. The Ceres range offers up to 147 Llm/cW with 100,000 hours of working life, perfect for applications with high mounting locations where re-lamping can be both hazardous and expensive due to hire of special equipment and downtime.

Conference facilities, match analysis rooms and offices were lit with a combination of Leren, LuxFrame, and Ice, all highly contemporary energy-saving luminaires. Offering both upward and downward light distribution, Leren benefits from through-wiring, including electrical connectors as standard, to provide standalone pendant-style illumination as at the training facility, or continuous run installations.

LuxFrame is a minimalist LED luminaire designed with simplicity in mind for suspended ceiling grid applications, enabling the creation of imaginative lighting with cost-effectiveness and energy efficiency in mind. Communal spaces and corridors were illuminated with LuxFrame, designed to deliver functional lighting in an architectural yet cost-effective manner. Installed around the ceiling tile maintaining the integrity of the ceiling, or suspended as a pendant, LuxFrame provides an interesting and contemporary lighting effect. Cost-effective lighting was an essential element for this state-of-the-art sports facility, and Callisto is definitely performing a starring role at this famous Midland’s based football club’s training ground! 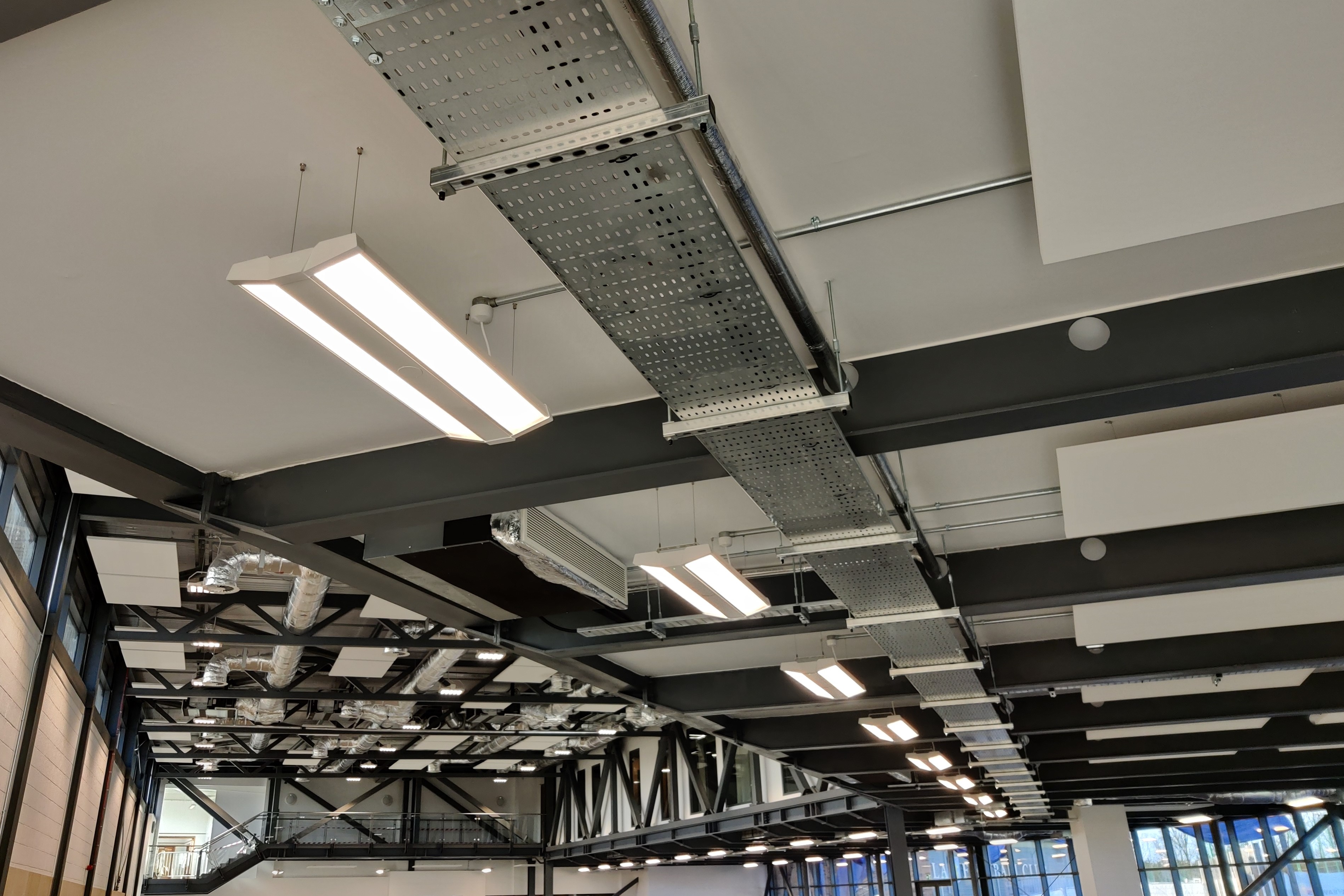